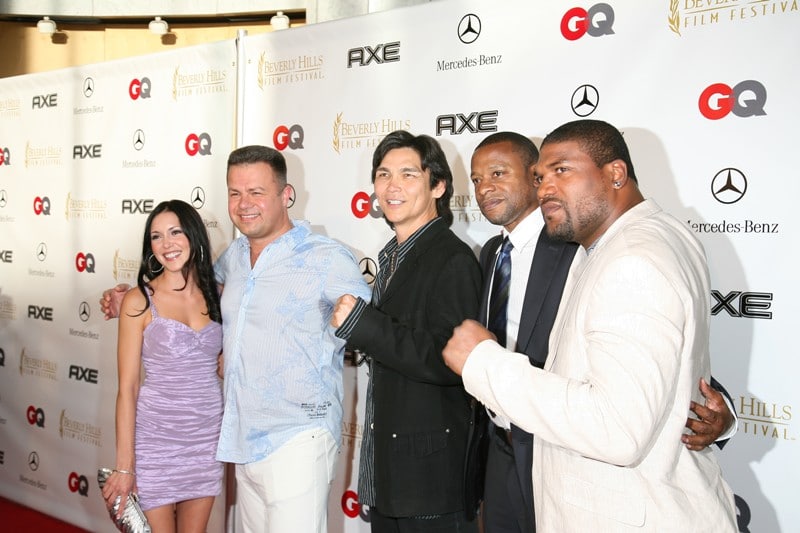 Hollywood stands for fame and fortune, it is a magnet for people with big ambitions to become famous in the movie industry.

Bruce lee is the most well-known example of a Kung Fu specialist from China that became a star in Hollywood! Many came after him.

Don Wilson was a world kickboxing champion and was literally picked out of a phone book to play his first role as an actor in an action movie in the 1980’s. Don Wilson actually did both, producing successful movies and acting, he is one of the few!

The first K-1 GP champion Branko Cicatic had a brief Hollywood career playing a bad ass role in the movie skyscraper in 1996.

Cross over in show business is savvy, you have music artists going into film as well, It’s smart, another platform to express creativity and perhaps discover untapped talent. 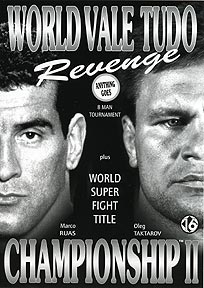 The first UFC Champion “Oleg Taktarov” that became  successful in the movie business. When Frederico Lapenda and myself produced and promoted the World Vale Tudo Fighting Championships in São Paulo Brazil in 1996 I met Oleg Taktarov (UFC 6 Tournament winner). Oleg fought that night a 30 min long bare-knuckle war against Marco Ruas (UFC 7 tournament winner). I joked around with Oleg and some people thought we were brothers (we looked alike). I said to Oleg, if it was the case he would look like me, he would be a movie star now. Oleg was an intelligent fighter and even more smart was starting his career in movies. Frederico eventually graduated from UCLA film school and only focussed his energy in making movies.

Why did Oleg Taktarov became successful in the movie business?

The difference with successful people is that some will literally do anything to become successful, it’s their 24-hour daily mission. The real smart successful ones surround themselves with wise people who have access to the industry and they follow the advice of successful people. Seek mentors. 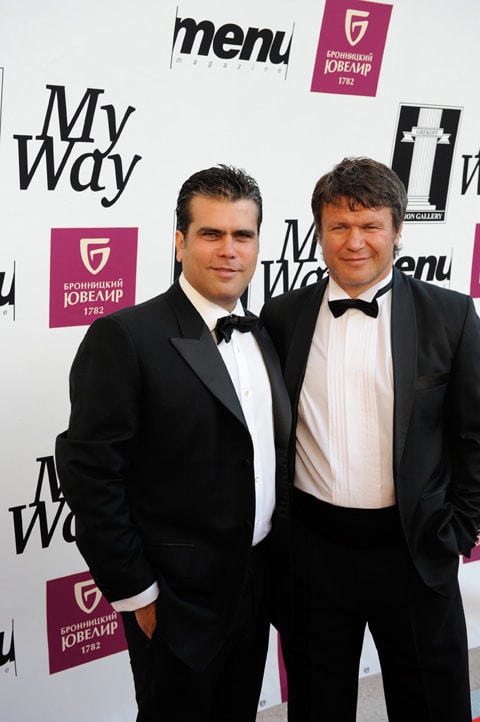 Frederico was my mentor and I am sure he had a very positive effect on the career of Oleg Taktarov!

Oleg was such a character and very persistent, he learned English, went to daily acting lessons and kept super fit. It didn’t take long before the former UFC 6 champion Oleg ‘the Russian Bear” Taktarov could be seen on the silver screen. His career was impressive in less then a decade Oleg was in movies like National Treasure, Bad Boys 2, Miami Vice, Predators etc. We all stayed friends, but Frederico Lapenda focussed on his career in the Film industry as a producer, during that time I built up Golden Glory and Glory World Serries. Oleg Taktoarov and Frederico Lapenda stayed not only friends, but when Oleg acted in the movie “The Way’ also knows as “Put” the producer was Frederico Lapenda, 13 years after the fight between Oleg Taktarov and Marco Ruas in Brazil and still working together! 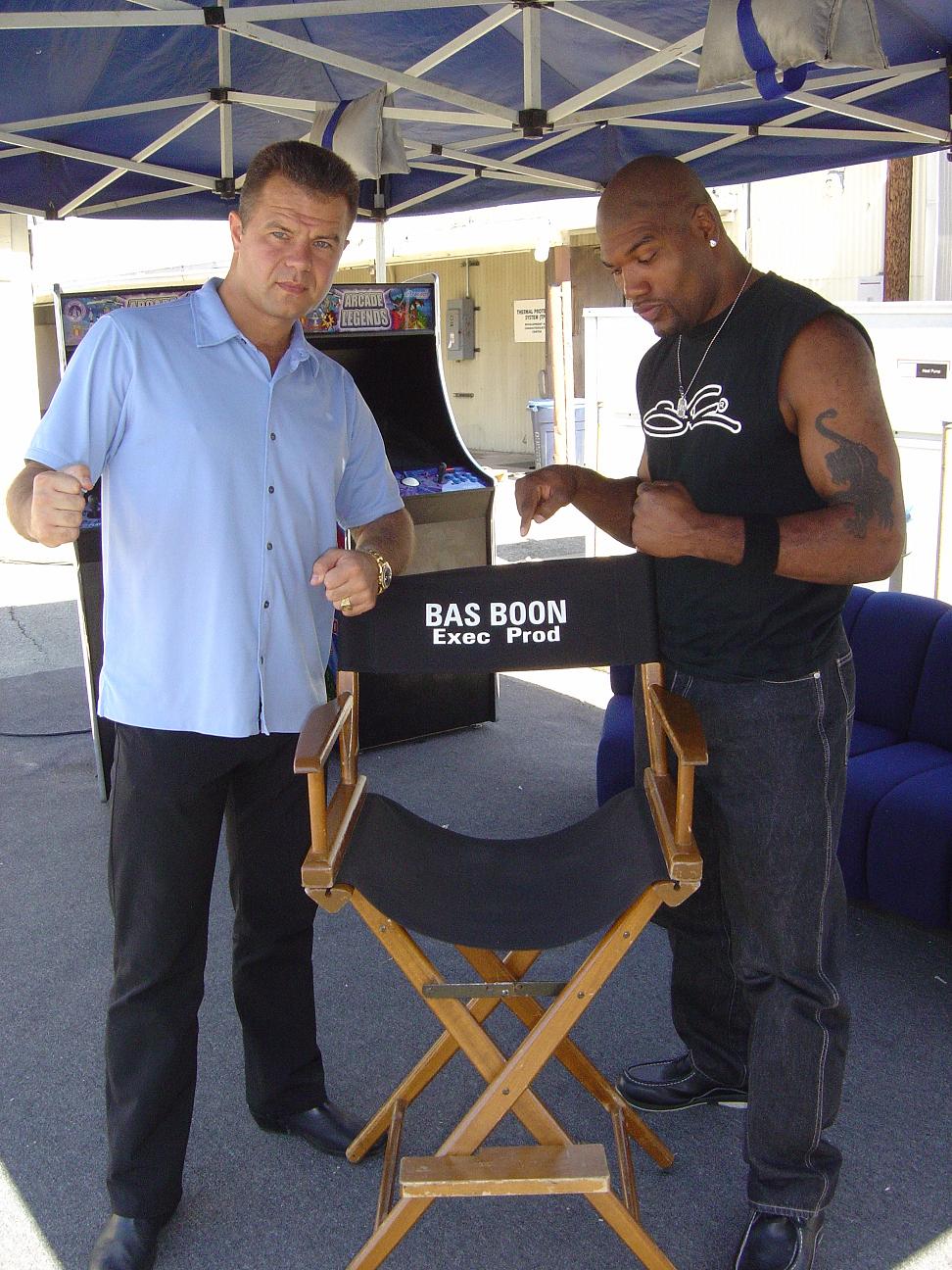 When I became a movie producer though Frederico Lapenda we contacted Ray Sefo and Quinton Jackson to play a role in our movie “Bad Guys”. I knew Quinton from the Pride days (July 29th, 2011) and told him several times we met in Japan that he would be a movie star. Our movie “Bad Guys” won the award for best Picture at the Beverly Hills Film festival. I was very proud of this, even more so because when I met Quinton Jackson in the early days of Pride FC I always said, man you have the wrong profession, you should be a movie star actually saying you are a movie star. This guy was a natural, never had acting classes whatsoever he could perform every second of the day! It was kind of cool that Frederico and myself started his movie career by casting him in our movie “Bad Guys” as the “Big Black Jap” his first movie in 2008.

It did not take very long in 2010 Quinton Jackson was cast in the movie “The A-team” where Quinton performed brilliantly as B.A Baracus in the 100 million $ blockbuster! 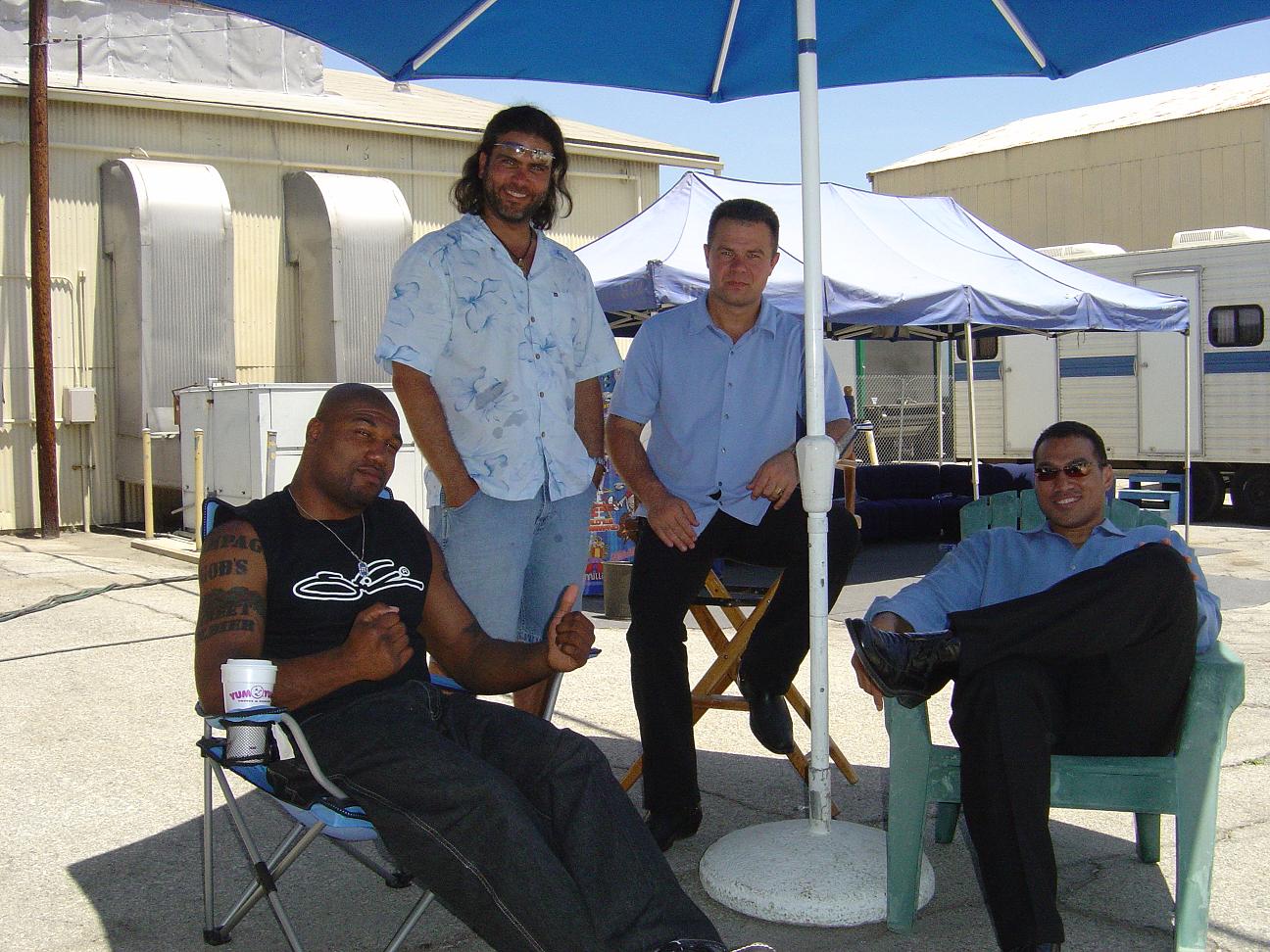 I noticed this opportunity and started putting fighters I managed in movies, small parts for Marloes Coenen, Gokhan Saki, Semmy Schilt and Alistair Overeem in the movie Amsterdam Heavy. Semmy Schilt in transporter 3, one of the reasons no Golden Glory fighters could be found in my first “Bad Guys” movie had to do with their busy schedule as active fighters.

Plenty of success stories, sometimes the success comes in a roller coaster style and the person who became the “star “actually forgets where they came from”  Other times it simply is impossible to combine an active fighting career with a Hollywood career.

I remember I took Joop Kasteel (a free fighter from Holland) to the Pinewood studios in England to do an audition for the movie “Gladiator“ by Ridley Scott . Joop would have got the role, if it was not for the change of schedule for filming his scheduled scenes. This eventually lead to the Body Builder Ralph Muller getting the part as Joop had to fight in Japan. Later I heard the movie set was made in a dessert in Morocco and by some unforeseen fate there was a huge storm in the dessert and the incredible amount of rain washed a way half of the movie set this caused the delay. If the production schedule had not changed he would have been in the movie and Joop Kasteel could now have been the new Arnold Schwarzenegger movie star, but we will never know! 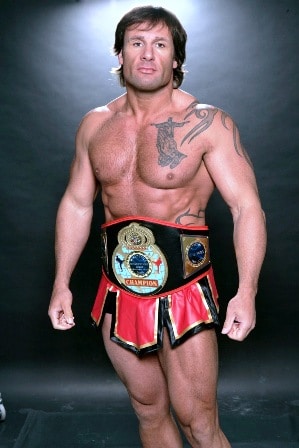 When the stardom goes to your head and you and others think you are too big to fail!

juggling both careers successfully is not easy and has a rare chance of succeeding. Ronda Rousey is the living proof of that her quick start to fame came because of Darin Harvey’s brilliant work. Her fight manager that made sure that Ronda could fully focus on her daily training and fighting career. First in Strikeforce (Darin asked me for advice about fight purses, training and negotiation tactics). When Strikeforce was bought by the UFC, Ronda’s career skyrocketed. But with money and fame comes discipline and loyalty issues, after Darin was cut out of the UFC deal, her career did not take long with the UFC. I think that the schedule of daily promotion, advertisement for sponsors, Tv commercials and acting in movies like The Expendables and Fast and Furious effected Ronda’s fighting performance in the Cage in a very negative way. She forgot the basics which is trusting the guy that made her career. Her regular training sessions and improving her boxing skills were lacking at that point and well she may have needed rest! By now the rumors were: law suites, negativity, stress, stardom, sleeping problems etc. This resulted in Ronda’s failing performance in the Cage when she got badly knocked out 2 x. The sad part of this story is that she almost committed suicide it drove her to the edge. I am happy she found herself again and is doing well in the WWE!

My experience is to stay humble and loyal to the people who were there for you when you became successful. Never burn bridges with anybody, stay focussed and show discipline and gratitude, surround yourself with successful people and stay away from the negative and you will reach your goals in life. 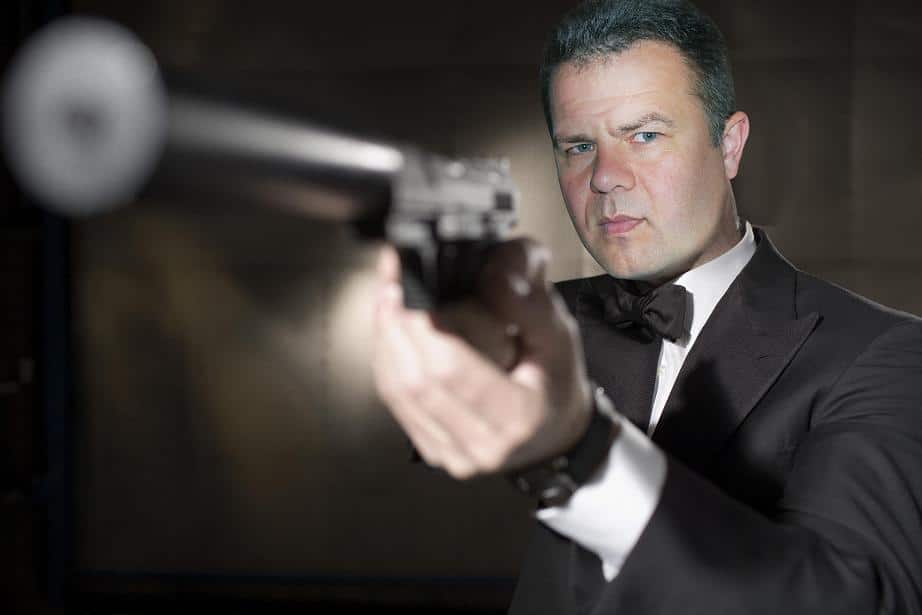 I could have been a movie star (ahum) but I am happy I became a producer and a fight promoter/manager!

One of the fighters that I can see becoming the next big Hollywood blockbuster star is Rico Verhoeven, he is a family man, Glory heavyweight Kickboxing Champions who is walking the right path. Rico Verhoeven is the perfect character for securing a roll in one of Stan lee’s Billion Dollar Marvel franchises as a super hero! My fellow Dutchman Bas Rutten (became UFC champion) moved to the US and in 2012 he secured a role as an actor in the great comedy “Here Comes The Boom” , I am still laughing about this movie 6 years later, a must see!

(c) Bas Boon: “The achievements in life are Immortal”.

A friend of mine (board certified surgeon in VA) prescribed his patient ivermectin for something unrelated to covid. The pharmacy called to inform him the prescription was blocked by the @US_FDA .

The FDA is utterly compromised and earning money to block drugs from the market. https://twitter.com/realcandaceo/status/1482818174877933575

The FDA is a pay-to-play drug cartel that needs to be fully abolished. When the same organization that approved heavily addictive opioids for usage is blocking the prescription of a non-harmful and non-addictive drug like ivermectin—it is because they are irrevocably corrupt.